Modern air conditioning is a recent invention, but that doesn’t mean our ancestors just suffered through the heat of past centuries and millennia. They had some really creative ways to keep cool, many of which we still use today in various forms. From geothermal cooling to water-cooled air to circulation to fans, our ancestors stayed cool even when temperatures were high. Here are four innovative ways the managed it. 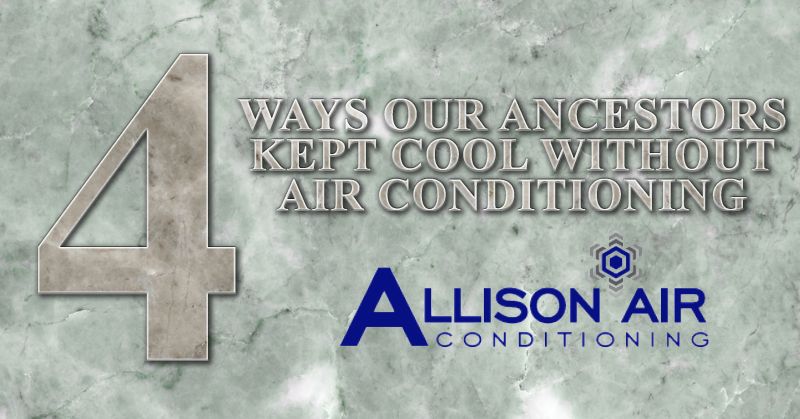 We can go all the way back to cavemen to see how our earliest ancestors beat the heat. We all know that people once lived in caves. They provided protection from the elements, but did you also know that caves were used to stay cool? Geothermal cooling is a modern trend in environmentally-friendly air conditioning, but people were already taking advantage of this phenomenon thousands of years ago. Noticing how much cooler it was underground, they lived in caves and also dug burrows and tunnels.

A few thousand years ago, civilization thrived along the Nile River, but it was hot. Ancient Egyptians made the first room-cooling units by hanging reed soaked in river water from open windows. As warm air came through the windows from the outside, the wet reeds cooled it down and made the room more comfortable.

We know now how important it is to keep air moving to get a home to the right temperature. We circulate warm air in the winter and cool air in the summer using ductwork. Did you know that the ancient Greeks invented ducts? They pumped cold water through pipes throughout buildings to create an early version of central cooling.

It may be a low-tech solution, but everyone knows how effectively a fan can cool you. Just sit in front of one on a sweltering summer day and you instantly feel better. It was in ancient China that the concept of moving air for cooling was first used, and where the fan was invented to do it. We still use fans today, from simple hand fans to large fans that can cool entire rooms.

Air conditioning has come a long way. Today all we need to do is turn the temperature down on the thermostat and wait for the cool air to be pumped through the ducts. We can thank our ancestors for our modern cooling because they invented so many creative ways to stay cool. These ideas inevitably led to the creation of AC units that we use now. If you’re in the market for a new air conditioner, give us a call today. 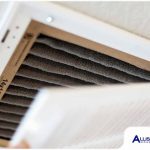 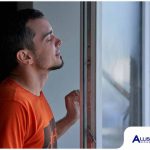 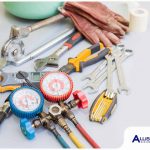 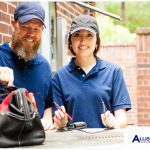 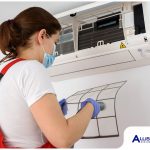